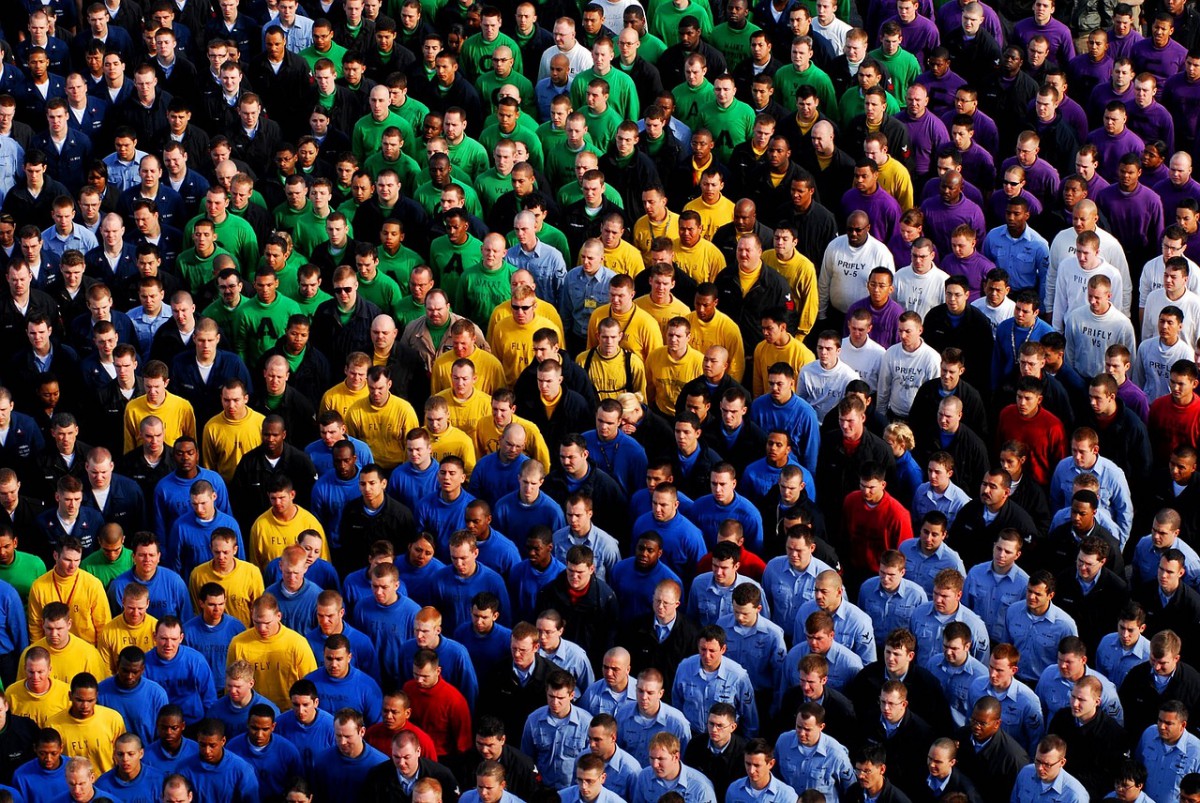 It’s been quite some time since I’ve been following the debate on gender equality and feminism. And the longer I’ve listening, the more I can feel how hard it seems to be for men to come to terms with the concept, the vocabulary and their own attitude towards these issues.

This very often leads to a severe lack of participation from the male side in the debate as well as in the organizational change process. And this is the main reason for the whole issue to be somehow stalled: 50 % attention rate simply isn’t enough.

Unfortunately, there is a significant degree of negative agitation and even aggressive animosity withinthis set of topics. Some of my male colleagues not only fail to support the feminist idea, their slogans are often a direct attack on one of the most important questions of our lifetime: How do we want to live and work together in the future?

One could use one’s energy for the search for reasons why male participation is so low or to campaign against more or less open aggression by the male side. But without the knowledge of where the obvious male discomfort is rooted, there won’t be much progress.

From my point of view, there are three categories of men:

This species feels very uncomfortable with the whole feminism thing. It’s just not their cup of tea. Their discomfort remains somehow diffuse, while it’s got a threatening tendency towards violent agitation. They switch to an attack mode when they see a chance to dishonor feminists. Their biggest enemy is reflection. Their main deficit: a lack of self-confidence.

They don’t see a point of taking a stance in the debate at all. At home, everything running smoothly, so why change anything? They work, and so does their partner, the kids are being taken care of. Why discuss these issues in the first place? There is no problem.

They actually agree with most of the demands for gender equality and they support the feminist movement. But somehow, they don’t get access to the debate. They fear a backlash of criticism because they’ve been experiencing hate speech in their timelines a lot recently. So they’d rather remain in the background instead of becoming outspoken supporters.

Let’s make it short. To turn the first group of men around sounds like a lot of hard work, but it’s definitely worth the effort. Activating group number two bears a huge chance of finding exciting male advocates for gender equality. And to support and reaffirm the third group mentioned above most definitely is a worthwhile task.

I’m going to offer a cliché solution in order to activate the men out there. A lot of them respond well to any kind of technical manuals. And maybe we need one of those for feminism, too. Or at least for the participation of men in the feminist debate and in the discourse on gender equality. For the simple reason because men are affected by these issues to a degree of approximately 50 percent.

Let’s give it a try.

Have a look at your own personal and professional environment. Start questioning allegedly normal communication and interaction patterns. Detect business chauvinism and misogynistic behaviors and help deconstructing obstacles to equality. You can become a seismograph for these issues in your world.

Application example: Be hypersensitive towards chauvinism and point your finger to these kinds of misbehavior. Stand in for sensitivity and attentiveness.

The demands, that feminism has brought public attention, are relevant to you personally; and they matter to your children. Think about these issues and try to get to grips with the basics of feminism. Put the topics into your perspective and reflect on your ambitions, your roles and your expectations. Become an advocate for gender equality.

Application example: Talk to your partner about your fears and your mutual expectations on the background of an equal relationship and an inclusive society. Try to include the public debate in your exchange and identify potential overlaps.

It’s about gender equality, human dignity, self-determination and autonomy of women and the end of all forms of sexism. Put these issues on your very personal agenda and use your influence according to that agenda. Become supporters of the global idea in your local sphere.

Application example: Become aware of how women are being treated in your professional environment. Try helping your colleagues and leaders in identifying imbalances and don’t be afraid of being ridiculed if you do so. Be a strong advocate of gender equality.

The debate on diversity and equality is a tough one, with casualties in many countries in the past and present. In Europe, the battle usually is a verbal one. Make your voice (and vote) count and establish a constructive vocabulary to join the discussion. Develop your communication skills further and act as spokesmen for the #HeForShe movement.

Application example: Read about some of the recent debates on feminism and gender equality. Learn about the protagonists who are defining the discourse as well as about their respective standpoints. Form an opinion while learning more and more about history and presence of the fight for equality. Hey de-escalating hate speech and all too hefty discussions that you become aware of.

The most important prerequisite for men to support feminism and gender equality is: fearlessness. What could possibly happen to you? It doesn’t require too much bravery to become an asset to the feminist agenda. An open mind and the will to take a stance will do.

Application example: Try attending an event where relationships, working environments or societal aspects of feminism and gender equality are being debated. Take part in the discussion and show that you are willing to learn.

[This blogpost has originally been published in German on “Digitale Tanzformation“.]