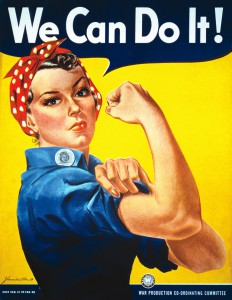 There is an ongoing discussion in Germany about the question whether leadership and the role of a manager are possible if you are working part time. The last round was sparked by an editor-in-chief that wanted to stay in her role after she gave birth and come back in part time for a year or so.

And as I learned just one week ago that there is a well-known agency in my city that explicitly refuses a career in part time (what is in my not so humble opinion the dumbest thing I heard for a long time), I feel the urge to share my experience and beliefs.

Everything is Possible to Do in Part Time

Back in the 90s, when I was elected member of my church’s Parliament, I was part of a groups of feminists that tried to implement a leadership tandem. We tried to find two women to share this job and indeed found a hole in the laws we had in our church. Since this day, and it was even before I started my own career, I’m convinced every task can be done by job sharing. Or in part time.

Since I reached a position that allows me to have some influence on the way we organize work and leadership, I try to show that this is true. And to be honest, I learned two things so far: (1) Yes, it’s true principally. (2) It’s hard anyway and we all are blown hot and cold between ambition, reality and all the responsibilities we have and take in our lives.

But it’s not by accident that on one of my jobs the only leader in that firm that came back into her exact position after maternity leave was one of the leaders of my team. We not only planned it carefullly, but asked as well the important questions my friend Robert Franken put up in his (german) blog post:

How do you, employer, make sure I’m able to do my job while I have a baby in a way that my needs are as important as your needs?

Back then we designed here tasks to fit into the ten hours work week she choose to have during maternity leave. And we put more and more hours back on her job, following the possibilities of her family situation. The only thing that did not change at all: she remained boss of her team, even when she was not exactly in office for many hours. It worked. And it worked nearly perfectly by the way.

Now I’m running Cohn & Wolfe’s Germany operations as Managing Director. And my leadership team is built out of five directors and myself. Two of them work full time; one has different tasks in several firms of our group, so we as Cohn & Wolfe Germany have her part time; and two work part time, with different hours to be in the office. Both of them have made their career working part time. And for their last promotion (that includes responsibilities for clients, budgets, profits and people) they stayed with their part time.

It wouldn’t be true to say all is optimal. And it wouldn’t be true to say they are working only the hours they get payed for (what is, as everyone knows who works in an agency, true for all of us that take leadership in any agency). But what works, is, that we are able to help finding a good balance between the different roles that leaders (and not only leaders) have in their lives.

I’m fully convinced that the recent success and momentum of my agency in Germany — we did triple both fees and headcount and have a very scary pitch-win-ratio — that this success has its roots in the fact that we do just this. That we put great talent exactly in the positions where they are best, regardless of their working hours. That we learned to organize ourselves and put responsibilities where they belong to be able to make quick decisions. That we strengthen the self-organizational skills of our teams by implementing scrum methods.

And that we ask ourselves

How do we as employers make sure you are able to do our job while having kids in a way that your needs are as important as our needs?