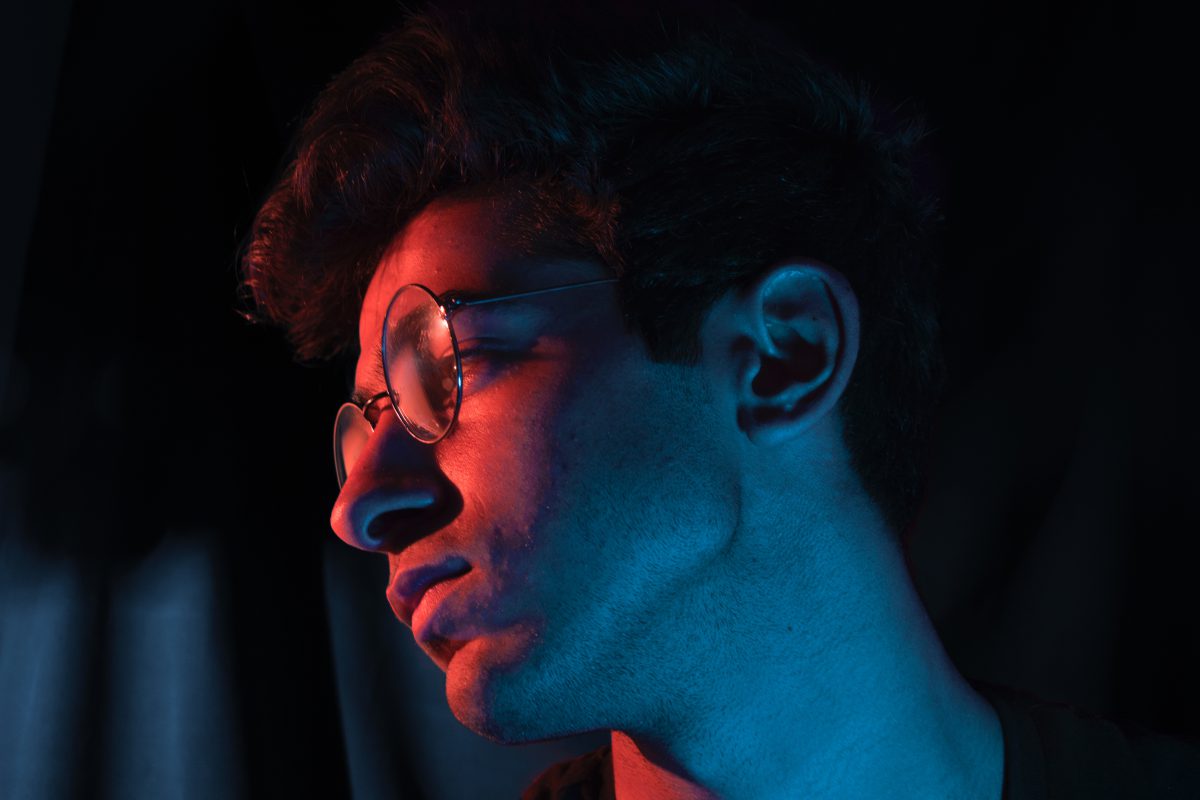 The realities of women and men are fundamentally different. Women regularly face discrimination and violence of which men are often ignorant. Our author David seeks to understand why many men are often not aware of what women experience and what can be done to overcome this gap.

The gulf between two worlds

“If I were alone now, I would not dare walk down this alley” says my girlfriend and squeezes my hand a bit tighter. We continue onwards in the dark. To our right, a group of men occupy a bench, smoking and drinking. The men eye up my girlfriend as we pass by. Around the corner and out of reach, we enter the staircase and take the first few steps inside. Visibly relieved, my girlfriend goes ahead.

For me, this was a normal way home. There was nothing strange about it and certainly no cause for fear. For my girlfriend, however, this was yet another situation in which she could have faced male aggression – a fear rooted deeply in previous experiences. This event exemplifies a simple fact which I unfortunately became aware of only recently: women live in a substantially different reality than men. They are almost never treated as respectfully as we are accustomed to. This gulf between our two worlds manifests itself only sporadically, and rarely do we men acknowledge the existence of it, or make a commitment to overcome it.

Violence has a gender

Worldwide, women are victims and survivors of oppression, sexism and violence. This holds true in the private and public space, in relationships, in the digital world, at work, and while traveling – in virtually all areas of their lives. Globally, the vast majority of these violent acts are committed by men. Just to clarify: This does not mean that all men are violent and culprits or that all women are peaceful and victims – this gendered idea in itself is often enough problematic. Men also suffer from violence; women, too, inflict violence upon others. It is, however, important to highlight certain structures and patterns, because as Rebecca Solnit writes in her book Men Explain Things to Me: “Violence doesn’t have a race, a class, religion or a nationality, but it does have a gender.” This gender-based violence is manifold in nature. It ranges from verbal abuse in the digital world to worst forms of physical and sexual violence, inflicted by partners or complete strangers.

A lack of awareness

Violence against women, which is so deeply embedded in our societies, silences women and girls and restricts their freedom of movement and development. As a result, in many circumstances, women experience a more constricted reality than men. When I travel, I care little about how I dress or at what time of the day I am on the move. In the digital world, I move freely and untroubled, without the fear of bullying or harassment. At work, I do not have to put up with unsolicited sexist commentary or physical assault. In a partnership, I will most likely not be hit or abused. Generally, I am perceived and appreciated as a person rather than an object.

Although women are frequently restricted in their self-determination, men too often lack awareness of this reality. Rarely do we talk about male privilege or think about what we can do to address our own wrongdoings and to express solidarity, or understand that the discrimination and the violent repression of half of the world’s population promotes and underpins our own lack of freedom.

A few thoughts come to mind when thinking about this question: A first piece of explanation may be that we have never made comparable experiences. It is often difficult for me to understand a reality that I have never experienced. Having said that, this explanation can never serve as an excuse or justification because: as members of the male sex we do bear responsibility for action, even if we do not actively discriminate against or inflict violence upon others. In a way, if we remain silent, we take sides with an unjust cause.

In addition, it is still the exception rather than the rule that the suppression of women is actively taken up as part of broader social discourses. Despite broader awareness and acceptance of feminist thought, gender equality and violence against women are topics that are still barely discussed at the kitchen table, or mainstreamed into teaching curricula at schools, vocational training institutes or university studies.

Moreover, although violence against women is a daily occurrence, this pattern is barely acknowledged or pinpointed. There is still a strong tendency to explain violence against women on a case-by-case basis without taking into account the bigger picture. Often the victim herself is blamed – she should not have dressed so “provocatively” or gone down that dark street all on her own. Using the words of Solnit: “The pandemic of violence against women gets explained as anything but gender.”

At the end of the day, it is perhaps simply a question of men getting real: if we were to truly acknowledge that violence against women is first and foremost our problem, we would need to take a closer look at where this this is actually coming from. As a consequence, we would have to question the very system that provides us with many privileges – but this would be extremely uncomfortable, wouldn’t it?

When I think about this question, three thoughts come to my mind:

1) Educate ourselves, ask and listen: It is not for women to explain to us what is problematic about a patriarchal society. We have the responsibility to educate ourselves and to unpack the dynamics of power and dominance between the sexes – particularly from an intersectional point of view. This also includes asking questions and to really listen when women tell us about the world they live.

2) Acknowledge: This may sound trivial, but I don’t think it is. I truly believe that if we recognize more often, more openly and more publicly that oppression and violence against women is first and foremost a male problem, much would be gained already. Acknowledgement and insight are a basic prerequisite for behavioural change.

Then, someday, a woman walks alone in the dark in the backyard. To her right is a group of men who, smoking and drinking, occupy a bench. Indifferently, the men look at the women as she passes by. Around the corner, she enters the staircase and takes the first steps. Just a normal way home. Nothing about it and nothing to fear.

(This article has originally been published in German at EditionF on July 5th 2017.)